I am a second generation Chinese in Malaysia, raised in a Confucian family, and I came to know the lordship of Christ in an Anglican high school where the Scripture Union sponsored a Christian fellowship on campus. Since then my affiliation with student campus ministry has emerged in various forms, mostly involving teaching the Bible for university students. I believe in the dynamic and mutually edifying biblical readings held in tension between the academia and the church as they answer my question as a young Christian: What has the Bible to do with the Chinese people and their cultures? For the last thirty years of searching for a Chinese expression of the gospel and a biblical reading of the Chinese cultures, I have come to realize how crucial this cross-cultural enterprise is not only for the sake of Chinese Christians. It is also crucial for the robust faith of the global church which needs to hear and learn from brothers and sisters in the Majority World.

In my 1998 book, What Has Jerusalem to Do with Beijing?, I show two ways to do Chinese biblical interpretation:*

My reading of the Bible has evolved from a Chinese Christian interpretation to a Christian Chinese interpretation. Both terms pay attention to the dynamic relationship between interpretation and Chineseness (culture, philosophy, text, ways of life, and so on), but the former seeks to express Christian theology culturally and indigenously, while the latter also commits to that task yet ultimately reads cultures biblically.

To illustrate a cross-cultural interpretation, I have formulated three interactive rhetorical planes of meaning that are contained and carried through nine media (angles) of writing, writer, reader, etc.*

The first rhetorical plane (triangle) of meaning concerns the linguistic world of the reality signified in relation to the biblical author as language user:

As an interpreter I find this plane complex because I am constantly translating between Greek, Hebrew, and Chinese as I read the Bible. The way to translate God’s name in Exodus 3 or logos in John 1 into Chinese has long been a thorny issue. The challenge can be overcome as we pay attention to how potential meanings in the biblical texts are emerging as the biblical language interacts with the language of the biblical readers and as the biblical world interacts with the world of the readers.* For example, does logos in John 1 refer to Greek understandings of logic, speech, argument, structure of the universe, or all the above and more? Did the author of John’s Gospel mean by logos the Hebraic understanding of wisdom (hokmah) as Yahweh’s creative and redemptive wisdom (Proverbs 8)? In what sense does the word logos in John 1 take on both the Greek and Jewish understandings of personified wisdom and truth?

The second plane is traditionally understood as biblical exegesis, meaning a Bible reader’s concern with the historical meaning of the text:

My method here is to expand the traditional understanding of exegesis in light of rhetorical method. That is, the biblical writer as rhetorical addresses the audience’s contextual issues and/or expresses the good news of God in the indigenous language of the audience.

Because there is a fluidity of meaning between the historical meaning and the contemporary meaning of the sacred text, the third plane of meaning is needed to strike a homerun and achieve a complete interpretation of the Bible. The third plane involves interaction among the modern interpreter’s understanding of the first two triangles and her modern audience:

Behind the human writers of the biblical texts is the divine author whose meaning is so rich, multilayered, and expansive that only his Spirit can 1) incarnate linguistically in the first languages as well as in the translated vernaculars and 2) enlighten modern interpreters in our languages and understandings so that the biblical text continues to show its sacred power to speak God’s message across space and time.

I attribute the continuity of meaning from the second plane to the third plane to the Holy Spirit. Of course, the divine author can still work without a human interpreter. But since the Holy Spirit is pervasive and blows as it wills, the biblical interpreter is called to this sacred task. Though the Union Version of the Chinese Bible is not a perfect translation, and we have revisions made over the years, this translation has spoken words of life and salvation and hope to the Chinese readers.

In real life situations one’s reading of the Bible is a complex process that constitutes at least three of these planes, which confluence and interact among each other:

Returning to our John 1 example, can I as a modern Bible interpreter adequately translate logos as the Chinese word dao? Does the word dao in the Chinese Bible Union Version mean the Daoist cosmic dao, the Confucian personhood/ character dao, or a combination of both and more? Has the Chinese translation restricted the original meaning from John’s Gospel, thereby betraying that meaning? And, is there a real possibility that the Chinese dao translation — despite its limitation and its differences from Greek and Hebrew — in fact represents a richer rendition of logos than the English translation “Word”? In advocating cross-cultural interpretation, the answer to the last question is “yes.” The robust meaning of dao in Chinese cultures allows us to appreciate the multi-dimensional aspects of Jesus the logos/dao in the Gospel:

Living in the liminal spaces of the “in-between” has not been comfortable to many Chinese Christians. Nevertheless, they are not called to inerrant readings of the Bible, though that is one goal, but to biblical faithfulness. This requires a trust in God that his Spirit will “work all [interpretations] for the good” (cf. Rom 8:28) as we humbly listen to each other, becoming a global church. “Now we know only in part, then we will know fully, even as we have been fully known” (1 Cor 13:12). We need to study the Bible using all the exegetical and hermeneutical resources at our disposal, in ecumenical humility and hospitality.

The Bible, cultural lenses, and the Holy spirit

K K Yeo talks about how we read the Bible through our cultural lens – and how the Bible reads or interprets our culture.

1. How do you understand the logos in John 1 in your language and culture?

3. In what ways do you let the Bible interpret your culture? As you read the Bible, how does it affirm what is good in your culture and challenge what is not good?

K K Yeo also says that the complicated process of transferring meaning from the Bible to the reader happens thanks to the Holy Spirit.

4. How does the Holy Spirit enable us to read the Bible?

[1] K. K. Yeo, What Has Jerusalem to Do with Beijing? Biblical Interpretation from a Chinese Perspective (Harrisburg, Penn.: Trinity Press International, 1998).

[3] See my recent discussion of the name of God in “Introduction: Trinity 101: Kaleidoscopic Views of God in the Majority World,” in Gene Green, Steve Pardue, K. K. Yeo, eds., Trinity Among the Nations: Doctrine of God in the Majority World, Majority World Theology Series 2 (Grand Rapids, Mich.: Eerdmans, 2015), 1-17; and the translation of logos into Chinese in “Chinese Christologies: Images of Christ and Chinese Cultures,” in Francesca Murphy, ed., The Oxford Handbook on Christology (Oxford: Oxford University Press, 2015), 393-407 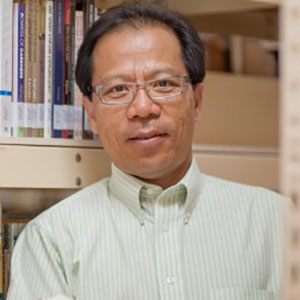 is Harry R Kendall Professor of New Testament at Garret-Evangelical Theological Seminary (Evanston, Illinois) and Affiliate Professor at the Department of Asian Languages and Cultures , director of the Center for Classical Greco-Roman Philosophy and Religious Studies at Tsinghua University, China. He has authored and edited over thirty Chinese and English books on cross-cultural biblical interpretation, including ‘Musing with Confucius and Paul (Wipf & Stock, 2008); Zhuangzi and James (Shanghai VI Horae, 2012).