One of the joys of being a former IFES staff is to meet people that you came to know when they were university students and are today, some decades later, graduates active in the service of Christ. I had that kind of experience a few weeks ago as I read the list of contributors to the Latin American Bible Commentary that my former IFES colleague René Padilla is editing. Some of the names of authors reminded me of the time they were university students in the 1960s and discovered the joy of studying Scripture using the inductive Bible study approach, and also developed appreciation for good Bible exposition in the classic IFES tradition.

It was in the 1960s that as IFES staff we came to learn the truth that the Bible has to be understood always in context.* By this I mean that the questions we asked from God’s Word were the questions that came from students of that generation to which we ministered. In the 1960s the Latin American culture with which we were confronted was influenced in different degrees by the Western thinkers that Jacques Ellul has described as “the masters of suspicion”, namely Marx, Freud, and Nietzsche. But due to the impact of the Cuban revolution that triumphed in 1959 the most influential was Marx. So evangelism in the universities had to respond to questions that came from Marxism. There was in the intellectual atmosphere a strong sense of the meaning of history and it was marked by the utopian expectations about socialism as a way of life that was the aim towards which the social revolution had to point out. That was the source of the questions to which we evangelists among students had to respond in those days. That was the context in which we had to read and expound our text.

Issues such as oppression, poverty, liberation, revolution, social classes, and land reform, were what university students debated those days. We were forced to go to Scripture to find questions not only to respond in Bible study groups but also to counsel students about their life and career expectations. The Bible commentaries we had in Spanish were translations from British or American authors for whom Marxism and those questions were not an issue. I found with surprise that the only Bible Dictionary that existed in Spanish, translated from an 1890 American edition, did not include words such as “poverty”, or “oppression”. And the Bible has so much to say about these issues! But I also rejoiced when E A Judge’s book The Social Pattern of Christian Groups in the First Century was published by InterVarsity Press in 1960. And with René Padilla we were thankful when the same publisher included our Latin American contextual reading of Scripture in the book Is Revolution Change? edited by Brian Griffiths in 1972. René’s chapter was “Revolution and Revelation” and mine was “The Social Impact of the Gospel.”

The fruit of our contextual reading of the Bible was included in books we published for university students. Pedro Arana from Peru had been an active student leader, and when he graduated as a chemical engineer he became an IFES traveling secretary in Peru, Venezuela, Ecuador and Colombia. He went to study theology at the Free College in Edinburgh where he had a chance to revise the text of evangelistic lectures he had presented to university students in those countries during the 1960s. Spanish editor José Grau published them in Barcelona in 1971, under the title Progreso, técnica y hombre (Progress, Technique, and Man).* Before that, in 1967 Pedro had published a collection of my own evangelistic lectures under the title Diálogo entre Cristo y Marx (A dialogue between Christ and Marx).* This book was used as an evangelistic tool in universities during the Evangelism in Depth program in Peru (1967), and ten thousand copies were sold during that year. When authoritarian regimes were established after military coups in Argentina and Chile this little book had to be hidden or destroyed. After his doctoral studies in Manchester under F F Bruce, our IFES colleague René Padilla contributed two chapters to the book ¿Quién es Cristo hoy? (Who is Christ today?), another evangelistic book which had to be reprinted.*

René Padilla and I started to develop a Christological outline that would allow us to build a basic Christian social ethics using incarnation, the cross, and resurrection as a theological frame for our contextual theological effort. While I was doing my doctoral work in Spain, I was invited to present a short paper at the World Congress on Evangelism in 1966 convened by Billy Graham in Berlin. My paper was one among several others in the section on “Obstacles to Evangelism”, and my specific subject was on totalitarianism as an obstacle. While my three colleagues from other parts of the world identified totalitarianism with communism, in my own paper I pointed out that in Latin America it was the totalitarianism of the military and the extreme political right which constituted an obstacle. From John Stott’s expositions about the Great Commission in the gospels, I was specially touched by his exposition of John 20:19–23, with its emphasis that in this short version of the commission we have not only a command but also a model for mission. Coming from a different context, I could find there some of the points with which René and I had been working in Latin America. Encouraged by that and my conversations with Stott, when I was asked to present a paper in the Bogotá Congress on Evangelism in 1969 that was a follow up to Berlin, my paper summarized the work we had been doing with René during that decade.* Referring to the acceptance it received, René Padilla has said that it “threw into relief the fact that a significant sector of the evangelical leadership in Latin America was fertile soil for social concerns from a biblical perspective.” *

By the 1970s things had started to change. I still remember my surprise when in the Autonomous University of México I presented an evangelistic lecture in 1973, and at the question time one of the students said: “My generation is not interested anymore in changing the world following Marxist formulas. What we want is to realize the incredible potential we humans have in ourselves. What has Christ to offer in relation to that?” As I started to answer him he quoted Carlos Castañeda, who was at that point a best-seller. This Peruvian-American anthropologist was popularizing the teachings of “Don Juan”, a native American magician who offered a mystical religious experience that many young people were exploring in California and also in Latin America. So we had to go back to Christ’s words in John 10:10, “I came that they may have life and have it abundantly”, and to read contextually the teachings of Jesus and the Old Testament prophets, so critical about a religious experience without true faith and the kind of new life that faith in Christ brings.

My context today in Spain is different again. The culture presents signs of the decline of the established Roman Catholic Christendom. For instance, among young people between 18 and 29, the percentage of those that call themselves practicing Catholics has gone down from 15.2% in 2007 to 10.4% in 2009. On the other hand, 70% of these young people say that they pray at one or other point in their lives. Postmodernity marks the intellectual atmosphere. Within this context, GBU, the student movement related to IFES, decided to use a special illustrated edition of the book of Ecclesiastes as an evangelistic tool. They consider that they succeeded in attracting students to Bible studies based on it, and some came to a living faith in Christ through that portion of Scripture. Yes, this text has become especially relevant in today’s context.

The Bible and ideology

Samuel Escobar relates his experiences of proclaiming the good news of Jesus in Latin America, where in the 1960s communism and right-wing totalitarianism were dominant ideologies. 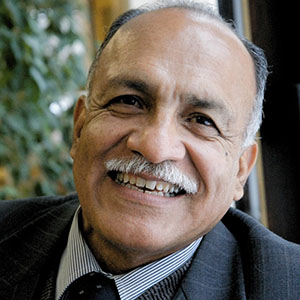 a native of Peru and a leading Latin American theologian, worked with his wife Lilly for 26 years on IFES staff in Latin America and is past honorary president of IFES. For three years (1972–1975) he was General Director of IVCF Canada. He taught missiology at Palmer Theological Seminary in Philadelphia, USA, from 1985 to 2005, and he is also past president of the United Bible Societies. His books include A Time for Mission: The Challenge for Global Christianity, new ed. (Nottingham: Inter-Varsity Press, 2011). Presently he teaches and writes in Spain.