Robert Heimburger shows good biblical instincts in linking together his two main texts, from Deuteronomy 10 and 1 Peter. Between them they do encapsulate a theme within the Bible that is sadly much neglected (God’s practical concern for foreigners, migrants, refugees), or else over-spiritualized (the Christian life as a spiritual pilgrimage through alien territory until we all reach some other place: “This world is not my home, I’m just a-passing through…”). So we see ourselves as strangers in the world and neglect the actual strangers that God has place among us and called on us to care for.

As Heimburger points out, these two texts are only a fraction of the biblical evidence. Israel never forgot their own origins as a nation of fleeing slaves, their vulnerability in the wilderness, and indeed, the migrant status of their earliest ancestors. “A wandering Aramean was my father…” begins the liturgy of their annual harvest festival (Deut. 26:5). So the strong ethical demand in their law to exercise compassion and justice towards foreigners and immigrants rested on a robust historical and theological foundation. They were to behave to such people as God had behaved to them in the same circumstances — a principle that runs through the teaching of Jesus and the New Testament at many levels.

The strength of this principle can be seen in the form of the love commandment in the Pentateuch. When Jesus was asked about the greatest commandment in the law, he specified two, to love the Lord our God with all our heart and soul and strength (drawn from Deuteronomy 6:5), and to love our neighbour as ourselves (drawn from Leviticus 19:18). These constitute two out of the only four occurrences of the precise verbal form, we’āhabtā, “and you are to love / and you shall love / and you must love…” in the Old Testament. The object in these two cases are God and the neighbour respectively. But Deuteronomy and Leviticus each use that verb form once more, and in both cases it is “and you shall love the foreigner” (Deut. 10:19, which Heimburger quotes; and Lev. 19:34). Indeed, Leviticus 19 makes an undoubtedly deliberate parallel between verse 18 (“and you shall love your neighbour as yourself”), and verse 34 (“and you shall love him [the gēr] as yourself”). Putting all this together, our love for the stranger/migrant/foreigner is put on the same footing as our love for our neighbour, and both are seen (by Jesus as well as the Old Testament law), as an essential implication and requirement of our claimed love for God.

Now when we connect such biblical language to the issue confronting us today, we are immediately faced with the contrast of scale. There is surely a difference between “the stranger within your gates” — i.e. a relatively small number of resident aliens in the midst of Israel’s society, for a variety of reasons — and the millions of refugees and migrants in our world today. More refugees have fled from the devastation of Syria than probably the whole population of biblical Israel. The question is, does this eliminate our responsibility, or simply magnify it, since the principle and command is presumably unchanged?

Even if we take the latter view (that we still have responsibility to love the foreigner), the means by which we can do so are very different from biblical Israel, and beset with a whole range of political, economic, legal and religious complications. If countries have the right to protect themselves from military invasion, or cultural and economic imperialism, do they also have the right to control their borders from waves of refugees? But what rights do the refugees have, if all lands and countries and indeed the whole earth belongs to the Lord who calls us to care for one another in need, regardless of borders? The issue is complex and needs careful thought, but we cannot easily dismiss the biblical teaching just because the problem has got much larger. And such mass movements of refugees fleeing from war were not unknown in biblical times. The small and neglected book of Obadiah is a searing condemnation of the people of Edom because of their heartless and inhuman response to the refugees of Judah fleeing from the starvation, brutality and destruction wreaked upon their city by the Babylonians. It is hard to read that book (or preach from it, as I had to do at the peak of the refugee crisis in Europe in the summer of 2015), without thinking of the appalling treatment of some of those refugees in some parts of so-called “Christian” Europe.

What strikes me most uncomfortably when the issue of migrants and refugees is hotly debated in some western countries is the blatant hypocrisy of the rhetoric. Almost all western nations have experienced centuries of immigration. Some, like the USA and Australia, are what they are today almost entirely as the result of immigration — some of it soaked in blood and oppression. Whole areas of the national economy in the UK could not function were it not for imported labour at all levels. Yet somehow, some political voices in these countries and their policies want to pull up the drawbridge and keep others out. There is also hypocrisy in the language used. Why, for example, are Britishers who have gone overseas, many in search of better economic opportunities, referred to as “expatriates”, or “expats”, while all those who come to our country seeking the same, are vilified as “migrants?”

And there is the hypocrisy embedded in the lack of any historical perspective. Five hundred years ago, Europeans decided to migrate. En masse they exported themselves all over the world, sometimes conquering, sometimes colonizing, often both. They asked no permission and needed no visas. They just went and took and stayed — for centuries. And now the world bounces back. Not all, but a tragically large amount of the crises in war torn regions of the world can be traced to the gross historical injustices of European expansionism, colonialism, the slave trade, the carve up of Africa and then the Middle East after the First World War, and other evils perpetrated on the world. Such reflections do not help much, it has to be said, in seeking solutions to the dire problems of millions of refugees pouring into Europe from Islam’s civil war in the Middle East, but it should at least generate some humility and less moral superiority in the way we try to talk about the issue, and pray into it.

The university ought to be the place where such historical and ethical perspectives can be shared and brought to bear. Christian university students, therefore, surely have a strategic role in influencing the rhetoric and the debate, striving to prevent it descending to the level of gutter racism and xenophobia that seems to have infected not just unthinking popular attitudes but even political discourse that claims to be taken seriously.

My final thought asks what a missional perspective on this issue might throw up? The Bible teaches us that God is sovereign over the movements of peoples all over the globe. The geographical notes in Deuteronomy 2 show that (as Heimburger points out). And it seems that when people move around, God is particularly active among them, and among the people and places where they go. So the question we need to ask is: how and where do we discern the sovereign reign of God — the kingdom of God — in the midst of this crisis of migration and refugees across the world? It is a fact that astonishing numbers of Muslim people, hitherto unreached and virtually unreachable by any Christian witness to the gospel, are becoming followers of Jesus the Messiah though the loving actions and words of Christian individuals, families and churches in the countries to which they have fled. I know this to be true from several Christian friends in Lebanon, for example.

I need to say immediately that the causes of forced migration are evil in themselves — whether war, religious persecution, abject and unsustainable poverty, or climatic devastation such as drought, famine, floods, or rising sea-levels. To say that God can be at work among people suffering such evils, and use their circumstances as a means of bringing ultimate blessing through the gospel, is NOT to say, either that God caused such things for that purpose, or that the circumstances themselves are somehow “good”. No, evil is evil and suffering is suffering, and can never be justified or excused just because something good emerges in the midst of them. Nor are we excused from the task of advocating for justice and peace and seeking to love the foreigner. But the words of Joseph to his brothers seem to embody a very profound theology of the sovereign providence of God over all that is evil, and the power of God to bring good ends out of evil intentions and actions. “You intended it for evil; but God intended it for good, to accomplish what is now being done, the saving of many lives” (Gen. 50:20 — significantly and ironically said to his brothers when they had become famine refugees in the country into which they had sold Joseph into slavery). The power of God to overcome evil by his sovereign love and grace — and indeed to use evil to its own ultimate destruction, is supremely modelled at the cross, which must remain at the heart of how we respond to this, or any other, issue. So I would argue that a missional perspective on this crisis calls us not only to action on behalf of the victims and to prayer for those who work for peace and justice, but also to prayerful discernment of the hand of God and readiness to take up the opportunities for gospel witness that he puts in our way through the operation of his hidden and mysterious global governance.

Migrants and the university

Readings:  A brief history of your university or statistics on the origins of its students; Nigel Biggar, “What Are Universities For?,” Standpoint, August 2010

Works on migration written for a general audience by scholars in the evangelical tradition include the following. The authors vary in their conclusions:

Other works on migration and theology, from the evangelical tradition and other Christian traditions, whether popular or academic, include: 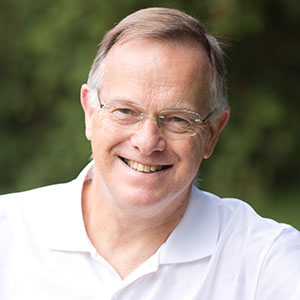 is the International Ministries Director of the Langham Partnership, which provides literature, scholarships and preaching training for Majority World pastors and seminaries. He taught in India for five years. His books include Old Testament Ethics for the People of God; The Mission of God; The God I Don’t Understand; and The Mission of God’s People. Chris was the chief architect of The Cape Town Commitment — the Statement of the Third Lausanne Congress in 2010. He is an Honorary Vice-President of Tear Fund, UK. Chris and his wife Liz have four adult children and ten grandchildren and live in London, as members of All Souls Church, Langham Place.