The media spotlight on the events and corresponding protests in America highlighting the nation’s racial divide and injustices have awakened the senses of the rest of the world to issues of racial and ethnic relations and underlying systemic inequalities. From mainstream news and social media to formal and informal conversations, there has been an increasing awareness and willingness to engage with the issue of racism more overtly. This phenomenon has certainly gone beyond the Western world, as Asian countries grapple with their own versions of ethnic inequalities. One difference, though, lies in the underlying reluctance by those in positions of power to ‘wash their dirty linen in public’. Despite the prevalence of the issue, one will rarely find this a subject of discussion in any parliamentary or governmental debate. Or if at all, it will be a pretext for rejecting the importation of ‘Western’ ideas of ‘white privilege’ into the national discourse.[1] The inclination to is to leave the elephant in the room alone.

However, with the accessibility of social media platforms, it is no longer the national leaders who dictate social discourse. There is increased readiness to call out xenophobia and racism which are becoming less socially acceptable. More of those at the receiving end of such discriminatory attitudes are speaking up. The various dialogues are also revealing the nuanced nature of racism and its intricate relationship with notions of nationalism and classism. In Asia, racism rears its ugly head in different forms such as anti-immigrant nationalistic sentiments; inequitable policies favouring those of the majority ethnic group who also tend to be of higher socio-economic status; remnants of historical baggage as a result of ethnic/national conflicts or colonial rule; or even ethnic cleansing in the guise of assimilation of minority groups.

That said, I think public discourse on this divisive issue need not be so binary. When we make the issue such an absolute evil, it makes people defensive and closes off any positive discussions. At the heart of it, racist sentiments are rooted in our human propensity to group and categorise, and accordingly to ‘Other’. Here, I use the word as a verb reflecting the human tendency to pigeon-hole people into Us and Them. Seen in this light, those who blatantly dismiss the pervasiveness of racism fail to appreciate the fallenness and brokenness of humanity and how that affects not only our private lives, but also permeates the social groups and organisations within which we function. This same tendency to categorise identities may also presuppose an innate hierarchy which effectively means groups will naturally strive to assert control and hegemony over other groups. Therefore, if we are more able to call a spade a spade, we may be less defensive and more contrite about the structural failings we encounter every day. In other words, we will be less afraid of importing language of ‘white privilege’ into our contexts and more willing to call out unjust partiality and marginalisation.

When the young tennis player, Emma Raducanu, rose to fame overnight, it ironically exposed how much of an enigma ethnic identity is. Her father is Romanian, her name is Romanian and she speaks Romanian. Her mother is Chinese and she also speaks fluent Mandarin. She was born in Canada. But she lived most of her life and trained in the UK. The Romanians, the Chinese and the Brits all wanted to bask in her glory.[2] But the Chinese are the same people who abhor mixed marriages and the Brits who voted Brexit prefer a UK without Eastern Europeans like Emma and her father.[3] Ethnic identity is thus a malleable social construct that can both divide and unite. When we appreciate that ethnic identities are social constructs, it makes us more willing to question our assumptions about who constitutes Them and Us.

The Biblical Vision of Ethnic Relations

When the Bible paints for us the social reality in Genesis 11—of distinct groups with diverse languages scattered across the earth, unable to cooperate in any global project—that was not the end of the story. The finale comes in Revelation 7, with a great multitude from every nation, from all tribes and peoples and languages, standing before the throne of God and before the Lamb declaring praises. Not only will diverse people groups with distinct languages be able to utter praises in unison, but we will share in the glory of the new creation as one community. The contrast between human reality and the biblical vision is stark. As people who live in the in-between, the question remains of how we usher the biblical vision into our fallen reality.

This is where the epistles are quite helpful in illustrating the practical outworking of the more abstract concept of salvation and faith. Clearly, the early church struggled with actualising the biblical vision of unity amidst diversity. It was rife with conflicts and divisions. Bad enough to warrant several epistles specifically addressing this problem.

In Ephesians 2, Paul calls to attention the previous state of affairs where Gentiles were excluded as aliens and strangers, from the commonwealth of Israel and the covenants of promise. But Paul declares that Christ is our Peace. This peace is not just some kind of inner consolation or state of tranquillity, but one that is bought with the flesh of Christ which effectively breaks down the dividing wall of hostility between Jews and Gentiles, Us and Them. Jesus died not only to reconcile God and Humanity, but to reconcile two opposing groups into one body, one humanity. He nailed on the cross not only our individual sins but the hostilities between different entities. Only when the whole structure is joined together and grows into a holy temple are we fit for purpose—to be the dwelling place of God. This is a glorious message, not only because it brings us, Gentiles, the consolation that we are included in God’s salvific plan, but because it declares possible a unity that overcomes innate enmities between diverse groups.

Acknowledging the reality of social brokenness need not cripple us into inaction or despair. It is, as Paul has done, diagnosing the problem and challenge. When we awaken our consciousness to the systemic and structural inequities of our society, we are taking the first steps towards the biblical vision of justice and reconciliation. Such awakenings open up opportunities as we have witnessed across the IFES movements. During the 2019 IFES East Asian Graduate Conference which ran the theme of Reconciliation, the Japanese graduates sought the forgiveness of the Koreans for the historical animosities and wars between them. In the 2017 East Asia Regional Conference, the Indonesian students embraced their Timorese brothers and sisters through conversations and prayers.  Students from FES Singapore initiated the Safe Sound Sleeping Place (S3P) project with local churches during the pandemic when the foreign workers dormitories were hard-hit by numerous outbreaks, to help arrange for temporary housing for foreign workers who were made homeless. Similarly, FES Malaysia launched the Jambatan Anak Malaysia (JAM, which literally means bridge of Malaysian people) to actively challenge the official race-based politics that the government then was playing.

When the people of God demonstrate through their lives and actions the biblical vision of unity and reconciliation, we are essentially modelling to the world this biblical possibility. We thus normalise godly ethnic relations and translate what is mere vision into reality. The Body of Christ is to embody a ‘new normal’. Beyond the baby steps we take in our individual lives and ministries, we become better able to engage and less overwhelmed by wider systemic issues. Particularly in IFES—with such an international representation involving over 180 countries—we have been given the wonderful opportunity to demonstrate that biblical vision of one humanity working alongside each other. For in Christ, we are no longer Jew or Greek, no longer Asian or African, Caucasian or Latino, no longer from the first, second or third world, but we are all one (see Gal 3:28).

This biblical vision is so beautifully encapsulated by Pope Francis’ message on this year’s World Day of Migrants and Refugees, ‘Towards an Ever Wider “We”’, where he said, ‘we are all in the same boat and called to work together so that there will be no more walls that separate us, no longer others, but only a single ‘we’, encompassing all of humanity’.

[1] See for instance the Singapore Prime Minister’s speech arguing that there is complete racial equality in the country at https://www.channelnewsasia.com/singapore/ndr-entirely-baseless-claim-chinese-privilege-exists-singapore-lee-hsien-loong-2143026.

[3] For a more thorough reflection on this, see Prof Guido Gianasso’s post on ‘Emma Raducanu and the Illusion of Nations’ https://www.linkedin.com/posts/guidogianasso_emma-raducanu-and-the-illusion-of-nations-activity-6844951439719190528-kpi5/. 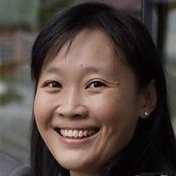 Jasmine Foo was a staff worker at FES Singapore from the time of her graduation up until 2012. Concurrently, she was also an Adjunct Lecturer in the local polytechnic institute, before joining the State Courts of Singapore as an Assistant Director in Strategic Planning & Training. Since 2014, she has been based in the UK and is currently undertaking doctoral research in Biblical Studies at King’s College London. Her research revolves around ideas of ethnic purity and identity in Jewish literature (especially the Dead Sea Scrolls) of the Second Temple period.