We are indeed living in exciting and challenging times; churches and Christian educational institutions face the reality of black and brown liberation fast approaching their doorstep across many nations. Reparative justice is on the agenda of many supporting networks and forums, policy and curriculum alterations demanded by students and lecturing bodies, and independent groups nipping relentlessly at the heels of those defending the status quo. Amid this widespread re-energised movement among mainstream Christian communities, an equally energised movement is happening on the fringes. These movements can be seen fully through the powerful streams of social media and occupy the street corner, impacting ground level. They are an overlooked conversation partner in this broader dialogue about racial justice, the Bible and the Church—yet  they are ripe with the insights of the de-churched.

In the last few years, I have been grappling with the question: ‘Why are black people leaving the mainstream church and joining black fringe religious groups?’. As part of my doctoral research, I sought to understand: where had the church gone wrong? What were the most influential markers of these black religious groups? Moreover, what can we learn from this phenomenon in the broader conversation about racial justice, the Bible and the church globally? The major challenge throughout this research process has been two-fold, the first being a theology student where western theology, philosophy and method is the standard for credible information and innovative, original and valuable research. The second was a more personal reflection on my theological standing as a conservative evangelical believer wading through progressive and liberal theory, philosophy and politics as the most promising context for developing a workable and liberative framework for my research. In other words, the theological standards were too white, and the liberative trajectory was too progressive for this black conservative (probably fundamentalist!) Christian.

These are but a few key events I could mention; each of these events reinforced the personal tensions at play, the solutions seemingly found in behaving, voting or thinking either conservatively or progressively. These events knocked on the doors of the churches saying ‘whose report will you believe?’ The answer could never be the traditional ‘we shall believe the report of the Lord’ because now even the everyday person is asking the more profound philosophical questions: which are the best interpretations of the report of the Lord? Those that protect and uphold traditional interpretations with systems and doctrines? Or those who see the truth of the gospel in the experiences of the oppressed? Who determines how we identify the truth of God and how does it affect my role in society? And in some cases … ‘Who is the Lord?’

The recent reforms, social adjustments, policy amendments and reparatory initiatives result from the recent wave of black radical political philosophies and protests. These have charged Western society with the sin of systemic and institutional racism that denies black and brown people the ability to flourish in everyday living. I seek not to negate the work done by those considered Black, Brown and conservative – I think more specifically of the black historical churches whose legacy has been justice and reform in society through biblical Christian values– but the flavour of the era is indeed a radical one. It is radical both in that it proposes new forms of society, questioning assumed truths, and in that it sharpens the divide between overt racists, passive participants of racism and anti-racists (the intentionally repentant).

As a black Christian student, I believe it is not uncommon to feel the pull between seemingly opposing spaces in the academy, and it is not easy to navigate the extremes whilst also trying to find one’s scholarly footing and unique research path. How do we seek justice for our community with theoretical traditions that exclude our voices? Furthermore, how do we maintain our commitment to Scripture whilst engaging in deconstruction and methodology rooted in suspicion? These were the questions I had to ask of myself, the participants of my research, and the Black, British Bible-reading religions on which I focused.

Afroasiatic diasporic religions such as Rastafari, The Nation of Islam and The Hebrew Israelite communities, decades ahead of the mainstream church in the de-colonisation process, carved out their unique ways of satisfying the previously presented questions. To various degrees, they satisfy both the conservative and liberal tension that I believe many others like myself have come to face. Not only in how they consider Scripture to be authoritative (again to various, yet quite conservative degrees) and through these interpretations then condemn the neo-colonial empire for their ongoing role in the oppression of black and brown peoples. They also outline practical agendas for Black, African or Hebrew self-determination and self-sufficiency, whilst in “Babylon”; through business and economics, secure family structures and diet, derived from models in the Bible.

Although not generally considered adequate conversation partners, not meeting the Western academic markers, these Afroasiatic diasporic religions have succeeded where the mainstream church and academy have not, and they occupy a unique position. Their teachings hold to account the far-right conservatism that we have witnessed surface viciously as racist nationalism during the presidency of Trump and the far-left liberal movements that interrogate our core Christian beliefs as “colonial” and give authority to the diverse lived experiences of the named ‘other’. Deeming both extremes as the ‘tools of the enemy’, Afroasiatic diasporic religions present an opportunity for reflection on this unique position. It allows black evangelical Christian students to step away from the pull of the extremes and perhaps chart a middle course. This middle course is not a road of compromise; it is a road that draws method from the extremes, which produces a workable framework that can shine a critical torch on the extremes and itself. I call this framework the preservation-liberation framework, whereby one can preserve the authority of Scripture in our theology yet liberate it from its colonial bondage and avert the pull towards a humanist agenda.

Christian educational institutions face the inevitable overlapping of limited human philosophy and the theological task of understanding God but perhaps are not transparent enough about how this imperfect match affects the diverse Christian student body. Both these spaces reach beyond our colleges and universities and are embedded into the political fabric of the world societies, sending clear messages into the current racial justice conversation, and it is time for us to challenge the messages of the opposing extremes. We can re-consider positioning ourselves uniquely and bring the missing components for repair and reconciliation through the imperfect yet profound examples of the marginalised black Bible-reading religious communities. 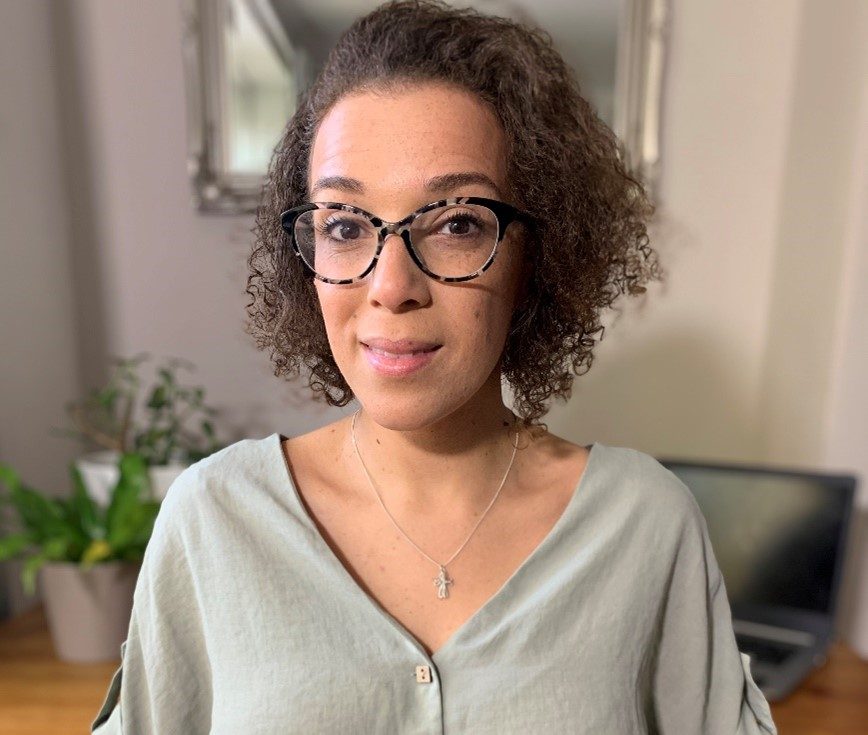 Eleasah Louis has recently completed her PhD. Her research focuses on the presence of Black Nationalist (Afroasiatic) Religions and the influence they have on those on the fringes of the Black British Church body.

She has developed ‘Black Consciousness and Christian Faith,’ a five-session programme that teaches, at an introductory level, theology and religion in the community. Working with participants, the aim of the programme is to reflect on the traditions, legacies, impact and spiritual meaning of black religious history, critically and theologically.

Currently, Eleasah is consulting with various church and para-church organisations. She is a resource developer, researcher and emerging theologian with a focus on decolonisation and its practical outworkings in everyday Christian living.