Editor’s note: Staff of the Groupes Bibliques du Gabon (GBG) were caught up in the violence following a disputed election in August 2016. Opposition leader Jean Ping lost to incumbent Ali Bongo by fewer than 6,000 votes, and Ping claimed he won and demanded a recount. The violence that ensued arose from what a major newspaper calls ‘deep-seated popular anger’ arising from Bongo’s repressive methods and alleged corruption. Ping supporters burned the parliament buildings, and the military burned Ping’s headquarters. Nesmy Bersot Mvé Nguéma, GBG National Secretary, first wrote from Gabon for the IFES blog here. Soon after he wrote, the constitutional court completed a review of the election, announcing that Ali Bongo was the winner.

Blessed are they that suffer persecution for justice’s sake, for theirs is the kingdom of heaven (Matthew 5:10).

The Beatitudes are like the foreword of a country’s constitution. Both contain declarations which convey values and principles on which the institution stands.

As a declaration carrying the weight of a ‘fundamental value’, the verse mentioned above establishes an inseparable link between happiness, justice, persecution, and suffering. But above all it raises two key issues about our martyrdom (witness): what type of persecution do we suffer from? How do we understand the notions of persecution and suffering for justice’s sake?

What persecution do we suffer from?

We are blessed when we suffer for justice’s sake. This is not the justice of men, which practices double standards, is applied rigorously to a neighbour but softens when it comes to one’s own interests or the interests of loved ones, or plays it safe when it has to settle a dispute between the strong and the weak, the rich and the poor. Rather, this justice seeks truth and equity no matter the cost; it is not interested in its own fate when the well-being of a greater number of people is at stake. In a word, this justice obeys God.

I struggled with this notion of justice for two years. I knew what God’s will was for me, but I was afraid of losing the comfortable social situation I had gained since I started working part-time in the ministry. I was afraid of lacking means and sufficient power to make things happen. I was also afraid of being guided by my own pride and ambitions. I needed God’s guidance to put all the pieces together. And he answered in a powerful way during the July 2015 IFES World Assembly in Oaxtepec, Mexico, as well as during my stay in Atlanta, Georgia. The Bible expositions, particularly those by Munther Isaac on Daniel 3, and my pilgrimage in the footsteps of Martin Luther King Jr. opened my eyes to the blessed value of useful suffering and the pressing need to align my life with my faith. My credo is,

“If I must die, it must be for a just cause. And the only one is the Gospel.” I reclaimed that credo by integrating the social impact of Christ’s Gospel

(See the Lausanne Covenant, the Cape Town Commitment). I therefore returned home and got involved in civil society.

How do we understand suffering and persecution as Christians?

The major difficulty for us Christians is to move from great declarations to their practical and full implementation. The awareness that the implementation of the resolutions that we formulate when in contact with the truth will not be without some type of suffering brings about strong apprehensions. It is true that one advantage of fear is that it pushes individuals with a sanguine temperament like me to sit and evaluate the cost of the tower that I wish to build. Unfortunately, it has the disadvantage of paralyzing bold actions.

Below are a few ways of grasping persecution and suffering:

The heroism of fools: This approach consists in underestimating the threat linked to our commitment for justice. Churches are full of these nonsensical heroes. I myself was once a member of this club of so-called extraordinary gentlemen. The lesson I have learned is that I have to suffer in my body and in my soul because of my faith. If my life becomes too peaceful, I better do a quick check-up to ensure that I have not compromised with the enemy unintentionally or that I have not created a comfort zone.[1] However, I should not seek suffering for the sheer sake of it. My suffering must come from a just persecution, not from religious masochism. I have often wondered why Jesus fled the stoning in Nazareth when he had become man in order to die in shame. Surely it was because this was not the time or the place to die.

The spiritualizing of the cowards: This is the behaviour of those who chose not to obey out of fear of suffering. Instead of taking responsibility, they blame those who dare to obey by interpreting the Scriptures in their interest. I have mostly suffered from this type of people though I expected encouragement and intercessory prayer from them. Among them were those who placed worldly interests before Christ, those who condemned us, those who resigned themselves to inaction, and the theorizers. The group that placed worldly interests first is made of people like the pastor of one of our students who was arrested and tortured by the regime’s militia. After some time, this pastor, who comes from the same province as Gabon’s head of state, took a disciplinary measure against the student. Another pastor taught his members that all authority comes from God, no matter how it had been obtained. Consequently, any uprising is an act of disobedience to God. In fact, this has close ties to the regime and does not hide it.

The group that condemned us include Christians who blamed me and another brother. They consider the mission of the Church as being limited to the salvation of souls and prayer. They clearly accused us of being apostates and heretics and of twisting the meaning of Scriptures to serve our own ends. The group that resigned themselves to inaction urged us to accept God’s decision: “We prayed and God has answered by keeping him in power,” they said, adding that “anyway, the Bible says that the wicked will rule until the rapture.” As for the theorizers, I was surprised to hear some companions encourage me to shut myself at home, although all the teachings received at Oaxtepec still resonated in our heads. I was struck to hear them say that the risk was too high. I asked one of them: “Whom are our teachings meant for?” What I heard, I also conveyed to my students. And when the opportunity presented itself, I could not be a mere theorizer of justice and equity.

The denial of the unbelievers: This category of Christians thinks that they can eliminate everything through mantras. When we raised current moral and social issues, they simply chanted “null and void,” “that will never happen, in-the-name-of Jesus!”, “I declare!”, “I refuse!”, and so on. Before the crisis, they held multiple all-night prayer vigils and made Panglossian prophecies which did not spare us from chaos. Denying suffering on the way of the cross does not make it disappear. On the contrary, it leads us astray. In order to travel from Egypt to Canaan, we must take the desert road. No matter how much we wish that God would create an aerial bridge in antiquity, his ways do not comply with technical and technological progress in the field of transport.

The foolishness of believers: In today’s world, it is a folly to obey God. In the best-case scenario, we may be considered as retrogrades or be stigmatized; and in the worst case, we will be slain in a matter of hours. But we should not fear those who can kill but the body. The one we should fear is he who has power over body and soul, for he alone also has the power to grant eternal life. Furthermore, why should we fear losing this corruptible body since there is no doubt that we shall be raised again with incorruptible bodies? We believe in divine deliverance in the present life, without making it a condition for our obedience.

For, even if our God does not deliver us, we by far prefer to die out of obedience than live through betrayal.

It sounds foolish, but that is the price we have to pay for our lives to find their meaning. The apostles, Stephen, Martin Luther King Jr, and the Garissa students had most certainly heard similar words. I read these words through the tears of my wife one evening while the city was under siege. I had gone out with some friends to buy basic necessities for ourselves and the people who had been arrested and whom we wished to assist. It was a very risky endeavor because the militia shot without warning. When I got back to our room, she told me: “I feel useless. I wish I were more involved, because I know it is what God would want me to do.” It is this type of words that sustained me from Oaxtepec until the Gabonese constitutional court confirmed Ali Bongo’s victory in the August 2016 presidential elections. Since then, these words are drifting away, washed down by fear which paralyses me more and more each day, as well as by discouragement.

Thankfully, “Those who go out weeping, carrying seed to sow, will return with songs of joy, carrying sheaves with them” (Psalm 126:6, NIV). Thankfully, “I trusted in the Lord when I said: ‘I am greatly afflicted” (Ps 116:10, NIV). So, I strive to tell my soul over and over: “Why, my soul, are you downcast? Why so disturbed within me? Put your hope in God, for I will yet praise him, my Savior and my God” (Ps 43:5, NIV). Today, I do not rely on what I hear or see. I am sure that there is a greater army on the hills. I am sure that even though it may take a while, a miracle will happen. And even though God does not deem me worthy to see the fulfillment of this miracle, the honor of dying for the cause of justice, if necessary, is a much greater privilege than witnessing the fruit of my commitment.

[2] This phrase is taken from George Verwer, Out of the Comfort Zone (Minneapolis, Minn.: Bethany House, 2000). 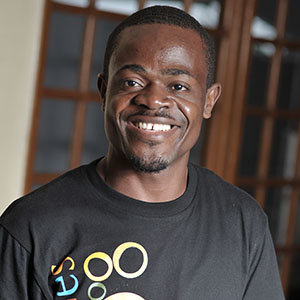