Listening. It is a vital skill, but frustratingly difficult to maintain when the world seems to shout. Right now young Christians worldwide face fracturing social systems, deeply embedded wounds, calls for justice and vastly differing opinions on how to handle it. It is nothing new and it is inescapable – everywhere you turn there are mounting issues that feel overwhelming. In 2020 in the USA, it became impossible to disregard a system of racism when the death of George Floyd rocked the world. Not long after that time we launched a series of articles diving into the topic of injustice. We wanted to explore the issues students are facing in multiple contexts, recognizing that injustice comes in many ugly shapes and forms. We also acknowledged the fact that many of these issues are nuanced or involve multiple perspectives, making it crucial for Christians to be slow to speak and quick to listen.

As we engaged in these issues, we did not claim to have all the answers, but encouraged students to be bridges in their societies, not staying silent, but becoming agents of understanding, fostering healthy dialogues and inviting their peers into redemptive action. We take a look here at this journey through social issues in society and ministry and invite you to revisit these articles which remain relevant a year later.

“We want to be seen completely for who we are, and our culture and heritage and skin tone are all part of that.”

As Christians, we have so much to learn from each other. That is what Bandile discovered when he moved from South Africa to the United Kingdom for university. Sadly, he drew this conclusion after joining a predominantly white church that showed him love and care but made little effort to understand or appreciate his cultural expression of Christianity. Bandile learned firsthand the value of making space for those who are different in your church or student group. He saw the impact of his student group, which welcomed a diverse group of participants and celebrated each one’s unique perspective on the gospel. In this article, we challenge churches and student groups to consider listening to others from different backgrounds in order to gain a richer view of the gospel.

“When you are an orphan, it is more likely that you will be deprived from enjoying certain things in life. Being an uneducated orphan doubles this problem. So, I push to help other orphans to receive education because I want to show them that […] they can still do great things in life.”

How can we see those who have been forgotten? The only glimmer of hope keeping orphaned children in Zimbabwe from becoming forgotten is education. Still, many do not have the funds to continue their schooling. This did not sit right with Godfrey, a FOCUS staff member, who was inspired to begin a project raising and selling chickens in order to support orphaned students through their education. Read this prime example of a person paying attention to the needs around them and using their giftings to redeem broken parts of society.

Because He is my Brother

“This is what you do for family. You protect them.”

Arjun and Veer will never forget the day they were beaten up on their way home from class. As Indian international students on a central Asian campus, they were targets for discrimination from classmates, professors, and locals. After months of bearing the prejudice and abuse alone, they finally found allies. Members of the local IFES movement embraced them and stood up for them, demanding justice on their behalf. Though their peers did not understand why they would be kind to “outsiders” these Christians stood up against prejudice and discrimination, setting an example that glorifies God’s heart for all nations. The article asks, how can you stand up for those who are mistreated in your society?

How to Question God

“Students don’t need to be taught how to incorporate lament into their lives. They need to be told simply to be honest with God, with themselves and with others. What stifles their honesty are misconceptions about what it means to be “spiritual.”

Sometimes it feels like our journey to justice is pointless. How do we react when evil seems to always win? As Christians, finding the right response to injustice can be challenging. Vinoth Ramachandra, IFES Secretary for Dialogue and Engagement, wants Christians to embrace the attitude of lament. Instead of running away from our questions, he encourages us to be honest with God. In a short interview, we asked Vinoth to share some of his wisdom about the topic of lament. We hope it will inspire readers to look at grief and injustice from a different angle in order to inspire a more intimate walk with Jesus.

On a Journey of Wonder

“We don’t try to save the world, but we have hope for Christ and the new creation. That is our hope. It brings comfort. Because the things of this world will decay.”

Sometimes we may not think about caring for the earth as a justice issue. But in such an interconnected world, environmental issues can have both human and nonhuman impacts near and far. Though the issue feels overwhelming, there are simple ways to honor God’s creation in your everyday life. The key is to pursue a sense of wonder at creation. In this article, members of the movement in Singapore outline three ways to begin your own journey with creation care.

Though injustice reigns upon the earth, we know the One who is making all things new. As students wrestle with the issues of our time, we pray that they will own their redemptive role as Christ-followers, seeking to listen, engage, reconcile, and stand up for justice. May these articles encourage you to remember that you are not alone, but surrounded by brothers and sisters in Christ who also wish to glorify his gospel through the pursuit of justice. 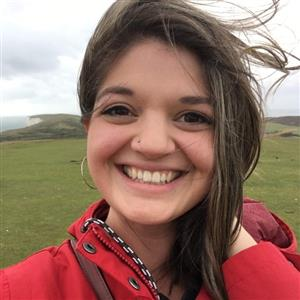 Bethany Peevy is the Writer and Content Producer for IFES. She has lived, studied, and worked in three different countries, but she calls the United States her home. Her particular passion is to help others bridge and thrive in intercultural spaces. Over her career she has worked for a translation company in Beijing, China, coordinated international student exchange programs in the United States, and now has the privilege of sharing stories of God’s work around the world through IFES.