In a time God’s world is being degraded and damaged, is there room for hope? When even conservative estimates of climate change forecast disastrous alterations of neighbourhoods and ecosystems, who can we hope in, and what can we hope for?

Environmental sustainability is a hot topic at many universities, named as a major goal of my new university. What are Christians at universities to think? The latest issue of IFES Word & World explores Hope for Creation.

Las Newman from Jamaica writes that faith in Christ means hope for creation and caring for creation as a way to cherish God’s gifts. Read now

Ruth Hicks de Olmedo presents how the students of CECE, the IFES movement in Ecuador, are presenting good news for the whole creation through the Genesis Project. Read now

Andrew Shepherd from New Zealand invites us to recognize non-human animals as our fellow creatures, breathed into life by God as his agents and our fellow-worshippers. Read now

Pablo Pistilli from Argentina invites readers to move beyond a pessimistic theology to caring for God’s creation.
Read now

E. Daniel Cárdenas-Vásquez from Peru and the United States proposes that genetically engineered foods are a way to feed those in most need and proclaim good news to the poor. Read now

It will be clear in this issue that IFES Word & World is meant to spark conversation and not present a consensus. Readers may not agree about whether ‘pessimistic theology’ should be condemned or whether genetically modified foods are good. Readers may not think there is as much hope for the renewal of creation as these authors say there is. But parallel discussions are going on in universities around the world, and IFES staff and students are already taking part in those discussions. I hope that this issue feeds discussion and action about creation and environment with a fitting hope in the liberation of the whole creation through Jesus Christ.

Since I have taken up a new position as Research Fellow in Theological Ethics at the University of Aberdeen in Scotland, this will be my last issue as Editor. To mark the end of four years, I have written a brief history of IFES Word & World.

I am sad to leave, but I will stay in touch with the IFES community as a member of the developing Theological Advisory Group. I hope that IFES Word & World will continue to serve IFES staff and any from around the fellowship and beyond who want to reflect theologically about the world students live in. 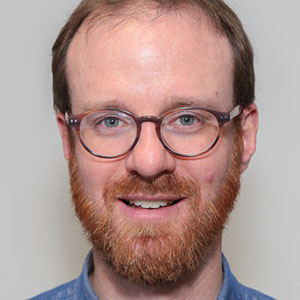