With the #MeToo hashtag dominating media headlines and public consciousness, this is the perfect time for IFES to join the conversation on sexual violence. In this edition, violence against women on university campuses is discussed by four women from India, South Africa, the United States, and Brazil. While these are different continents, and these women live different lives, their stories and reflections share universal themes. They tell us that sexual violence on campus is rife and under-reported; that not nearly enough is being done to prevent it or assist survivors; and that religion is complicit in campus rape culture — although it can potentially also be a force for eradicating it.

Many of us find it hard to talk about sexual violence. Many of us find it even harder to look at religion in relation to sexual violence. But if #MeToo has shown us anything, it is that sexual violence against women is much, much more common than society is willing to admit. By reading these articles and engaging with the discussion questions, you might be taking the first step to becoming part of a community that condemns all forms of violence, that values men and women equally, and that loves and supports survivors unconditionally.

In asking me to serve as Guest Editor for this issue, Word & World Editor Robert W Heimburger also asked me to contribute an article. My piece discusses the phenomenon of campus rape culture within the setting of South African universities. Explaining the background to the controversial term “campus rape culture,” the article explores why sexual violence is so rife on university campuses. The article examines the role that religion plays in its continued perpetration, but also — hopefully — in its eradication.

Deborah Vieira takes us to Brazil to show us how universities ignore the violence being perpetrated against women on campus. She shows Christian complicity in this, identifying various harmful beliefs and attitudes that are justified religiously. Then she turns to the Bible to explain why this should not be the case, and she uses the example of ABUB, the IFES movement in Brazil, to illustrate how Christian students can positively and constructively address the phenomenon.

Kendall Cox draws on her experience of studying and now lecturing at the University of Virginia in the United States to explore how rampant sexual violence is on university campuses. Reflecting on bystander interventions, she highlights how many typical Christian responses to the issue actually makes it worse, especially for survivors. She calls on Christians to “mourn with those who mourn” and to be angry about the injustice and violence that women face.

Jamila Koshy turns to the biblical story of Tamar to guide a discussion of male violence against women on campus. She shows us how this little-read “text of terror” has much to teach us about how badly patriarchal power structures abuse women, and then she proceeds to show how Christians should be responding to such violence and to survivors of such violence.

May these reflections on sexual violence on university campuses inspire and guide you.

Join the email list to hear when new issues are published.

Read with others and contribute to the discussion in the Word & World Facebook group. 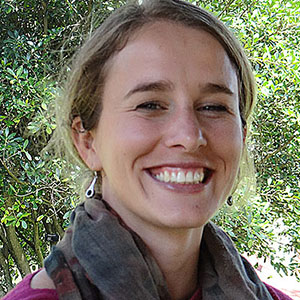