In 2010, a learned professor at the Institute for Law and Economics at the University of Pennsylvania cross-examined the case for global warming argued by what he called ‘the climate establishment’ led by the Inter-Governmental Panel on Climate Change (IPCC). He charged that the IPCC and ‘the climate establishment’ showed ‘a systematic tendency … to oversell what is actually known about climate change while concealing fundamental uncertainties and open questions regarding many of the key processes involved in climate change’. [1] He seemed to argue that ‘virtually every claim advanced by global warming proponents fail[s] to stand up to scrutiny’.[2]

Such views were not isolated. Just ahead of the UN conference on climate change in Cancun, Mexico 2010, a special report, the so-called ‘Consensus Buster’, claimed that ‘More than 1000 international scientists dissent over man-made global warming claims’. The 321-page special report was supposed to ‘further chill UN Climate Summit in Cancun’. Climate skeptics and deniers who produced the report argued that the IPCC reports have (a) distorted the scientific evidence, (b) induced ‘climate fear’, and (c) caused a scandal in the climate science community referred to as ‘Climategate’.[3]

Now, a decade later, the world is alarmed by the overwhelming scientific evidence and existential realities of global warming. A ‘climate emergency’ has been declared. Evidence of significant environmental disruptions is everywhere.

As I see it, the debate over the state of the earth and the future of the environment is causing some despair. Questions abound. Is the current vulnerability of the earth caused by natural or anthropogenic forces? Is the global ecological crisis cyclical, irreversible, and beyond repair? Is our civilization, as we know it, on the verge of extinction?[4] Is there enough political and moral will to combat the impending and inevitable disaster that is before us? Is there hope for creation?

From the perspective of Scripture and the biblical worldview, the answer is emphatically yes, there is hope. Christian hope is rooted in the God who is the owner of the planet and the biblical mandate for creation care and human responsibility. This perspective helps us avoid Christian fatalism that suggests we can do nothing to avert or overcome the overwhelming challenge posed by global warming and climate change.

What is creation care?

In my view, creation care is Awareness, Analysis, and Action (Triple A) towards everything in the world around us. That includes the air we breathe, the food we eat, the clothes we wear, the home we live in, the transportation we use, etc. We should be paying attention to everything in our space that supports life and health. Jesus called attention to creation as an object lesson about life, liberty, and pursuit of happiness. “Look at the birds of the air and the flowers of the field”, he said, “they do not sow or reap or store away in barns, and yet your heavenly Father feeds them. Are you not much more valuable than they?” (Mathew 6:26). God cares about everything in his creation, human and non-human.

A reminder of God‘s care for creation is in the hymn that sings,

The psalmist also drew attention to creation as an object of awareness, “When I consider your heavens, the work of your fingers, the moon and the stars, which you have set in place, what is mankind that you are mindful of them, human beings that you care for them?” (Psalm 8:3-4).

Awareness of creation involves not just curiosity. It is taking an interest in environmental standards set by the community in which we live. Each citizen should know what is expected of them as they inhabit and share common space. Do we know what the anti-litter laws are, how to manage our garbage, how to take care of common spaces, our recreational parks, beaches, nature trails, mountain slopes, and specially protected areas? Awareness extends to global policy agreements that aim to protect planet earth, our common home. For example, do you know what the Paris Agreement in 2015 is, agreed by 194 member-countries of the UN?[6]

It is one thing to be observant, to be aware. It is another to know the facts, to analyze. Climate sceptics and deniers profess to be agnostic about the facts agreed by the majority of climate scientists. ‘Nobody really knows’, they say.[7]

We cannot ignore the brutal facts of global warming and climate change. If we do, it is to our peril. The realities demand immediate action, adaptation, mitigation, conservation, preservation, and prevention of environmental abuse and degradation. The integrity of the earth demands justice. Doing justice requires action, including advocacy for environmental care and protection and prosecution for environmental crimes such as the wanton and extensive destruction of the Amazon rainforest.[8]

Why should we care?

Christians care about the environment for three major reasons.

Jesus said, “if you love me, keep my commands” (John 14:15, NIV). Obedience to Christ is foundational to our Christian ethic. As Chris Wright points out, ‘trashing someone else’s property is incompatible with any claim to love that other person’.[9] As the Cape Town Commitment says, ‘We care for the earth, most simply, because it belongs to the One whom we call Lord’ who created it and loves it.[10]

A gospel to proclaim

The gospel is for the whole creation, human and non-human. The whole creation ‘groans’ and longs for redemption (Rom. 8:18-22). In Christ, “God was pleased to have all his fullness dwell in him, and through him to reconcile to himself all things, whether things on earth or things in heaven, by making peace through his blood, shed on the cross” (Col. 1:19-20).

A gift to cherish

The Lausanne Movement’s Cape Town Commitment offers clear guidance on what Christian responsibility is toward the environment. ‘Such love for God’s creation demands that we repent of our part in the destruction, waste and pollution of the earth’s resources and our collusion in the toxic idolatry of consumerism. Instead, we commit ourselves to urgent and prophetic ecological responsibility’.[11] ‘Urgent and prophetic ecological responsibility’ means taking bold and decisive action to safeguard the well-being of the environment without regard to vested interests and countervailing forces. Bold, prophetic actions in the current global ecological crisis reveal how much we cherish and honor the Lord of creation.

Creation care fits squarely in the mission of God. As Creator of heaven and earth, God establishes his creation to reveal who he is, to offer avenues of praise to him, and to declare his glory to the ‘ends of the earth’, so that the earth is filled with the knowledge of the glory of the Lord ‘as the waters cover the sea’ (Habakkuk 2:14).

Evangelical missions have a critical role to play in creation care. Like medical missions or Missionary Aviation Fellowship, creation care is crucial. The scale of the global environmental crisis is enormous and multi-dimensional. It affects the world’s population that now exceeds seven billion people. That is why when over 4,200 global evangelical leaders from 198 countries gathered in Cape Town, South Africa, in 2010 for the Third Lausanne Congress, creation care was high on the agenda. Lausanne’s first post-Cape Town global consultation was on ‘Creation Care and the Gospel’, and I was among its senior leaders. That consultation, held in Jamaica in 2012, drew 57 global participants from 26 countries as diverse as India, Argentina, Bangladesh, Benin, Kenya, Uganda, Singapore, the UK, the USA, and Canada. Their collective resolutions, known as the ‘Jamaica Call to Action’,[12] spawned a very active global Creation Care Network that is leading a global campaign for creation care.

What can we do?

As individual students, faculty, staff, and graduates, and collectively in our fellowships and organizations, there are many things that we can do to affect directly the present and future ecological challenge that confronts us. Actions include:

In this time of climate emergency, everyone must take heed and act. We must not reject science, especially climate science, without careful assessment of big, peer-reviewed global scientific data. Let us reject so-called ‘alternative facts’ of dubious scientific opinion that are disguised forms of political ideology or economic expediency. Too much is at stake. Humanity is suffering. Hope is needed.

Let us read Scripture through an environmental lens. Scripture teaches so much about environmental care and human responsibility. Join the creation care movement. As God works through us, let us help save our planet and save lives. 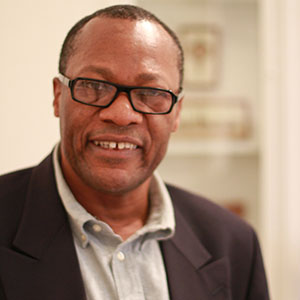 is the former Associate General Secretary for IFES. He now serves as Global Associate Director for Regions for the Lausanne Movement. He lives in Jamaica, and he can be contacted at lasnwmn@gmail.com