With an area of just 283,560 square kilometres, Ecuador contains two unique areas full of beauty and with amazing biodiversity: the Galapagos Islands and the Amazon rainforest. But most of the flora and fauna is threatened because of the increasing impact of sea pollution [1]and aggressive deforestation[2].

In Genesis chapters 1 and 2 we see God’s presence turning chaos into order, separating light from darkness and creating a vast range of plants and animals, and humans. Genesis 1:27 says, “So God created mankind in his own image, in the image of God he created them; male and female he created them.” And 2:15, “The Lord God took the man and put him in the Garden of Eden to work it and take care of it.”

The fact that we have been created in the image of an incredibly creative God means that we have been made to create. We have also been entrusted with the responsibility of caring for creation and cultivating the land. We can see that humans have two main roles: to be co-creators with God, and co-carers of EVERY created being, including the land, animals and humans. According to the biblical narrative we know that sin breaks up that harmonious relationship between humans and God, causes division between humans (Genesis 3:12) and creates a rift that affects creation (Genesis 3:18). Throughout the Bible we see that the reconciliation brought about by Jesus on the cross offers not only hope for humans as individuals, but also reconciliation for the cosmos (Romans 8:19-24 and Colossians 1:20). The gospel gives hope to all individuals and also to every created being.

We know that the gospel is good news for all creation, but how can we help university students to connect such a deep text like Genesis with their understanding of being co-carers and co-creators with God? And how should this have an impact on their daily lives in terms of caring for creation?

Every year students and staff of CECE (Comunidad de Estudiantes Cristianos de Ecuador) choose a book from the Bible to study together throughout the year. In 2018 we chose the book of Genesis. When the opportunity came up to request funds from IFES for inspiring evangelism, we created the Genesis Project.

Thanks to our readings of Genesis as a group, we were encouraged to reflect upon, teach about and act on the issue of creation care in the university context of Ecuador.

The Genesis Project was made up of three complementary parts. First, the student groups used a series of Bible studies exploring the topic of creation care and stewardship based on the book of Genesis. Second, we came up with several ideas and a small fund so that the students in the group could carry out a specific project to serve in their campuses, focusing on creation care. Third, we created a PROXI (a visual outreach tool) on the topic of the environment, which was used to engage in conversation with their fellow students.

At the end of the year we estimated that around 700 students had interacted with at least one of the parts of the Genesis Project, together with our 16 student groups. It was amazing to see the impact on the lives of CECE students, and the conversations on faith and creation care that they held with their friends. Valery, an architecture student from Guayaquil, shared:

The Bible studies on Genesis have enabled us to discover a side of God’s character that we didn’t know about previously. We were made to live in a community, not only in a vertical relationship with God but also engaging with our peers and with creation as a whole.

What impact did it have? For many students it was the first time they discovered that the Bible has a lot to say about the responsibility and privilege of caring for creation as humans, as part of God’s invitation to take part in the project to reconcile creation as a whole. It is essential for Jesus’ disciples to understand that the gospel calls us to be agents of reconciliation for the entire creation.

The serving project was different in each university and met needs that students observed in their campuses. Some of the projects included recycling clothes and planting a new garden in an abandoned courtyard in one of the buildings, building and installing containers to recycle plastic in the dining halls, and collecting cigarette stubs from the university lake. Thanks to these serving projects, some of the students’ non-Christian friends got involved and came to the Bible studies.

The PROXI tool helped us to engage in conversation with many students, who were actually surprised that Christians were concerned about the environment. Thanks to the interest that the project stimulated, there were many talks about the chance to work with other student associations and the environmental clubs on several campuses.

When the Genesis Project ended, each CECE student received a reusable eco cloth bag, and they made the commitment to teach their families about the importance of reducing the use of plastic, and to implement other ideas to care for creation in their local contexts.

Is the gospel good news for all creation? Yes, indeed! The Genesis Project helped CECE students understand that God invites us to be involved in his reconciliation project on all levels – humans with God and with one another – and to promote caring for and restoring the entire creation. 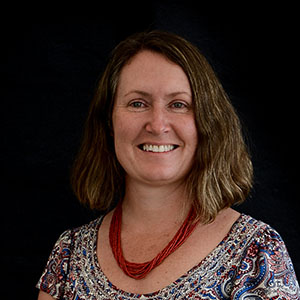 is from New Zealand but has been serving with CECE (Comunidad de Estudiantes Cristianos del Ecuador), the IFES movement in Ecuador, for 16 years. She is soon going to start serving as CECE National Director. Ruth and her husband, Josué Olmedo, have two daughters. She has studied in the fields of health, development and theology. Her email address is ruth.hicks@somoslacece.com