Sunset in the city of Yangon. A student gets off the crowded bus, weary after a day’s study at university. As always, it was a long journey back. She walks home from the bus stop past the crumbling colonial buildings and golden pagodas, lit up by the evening sun. Men meet in smoke-filled tea shops to chat about their days and their lives. Buddhist monks in long orange robes walk the streets. People with cream-smeared faces wander through the markets in search of colourful fabrics or food for the evening meal.

These are the streets of “The Golden Land”, otherwise known as Myanmar. This student is one of around 600,000 young people studying at university there. As she walks among the ancient pagodas, phone in hand, she looks the same as everyone else. But she’s not. She’s a Christian. 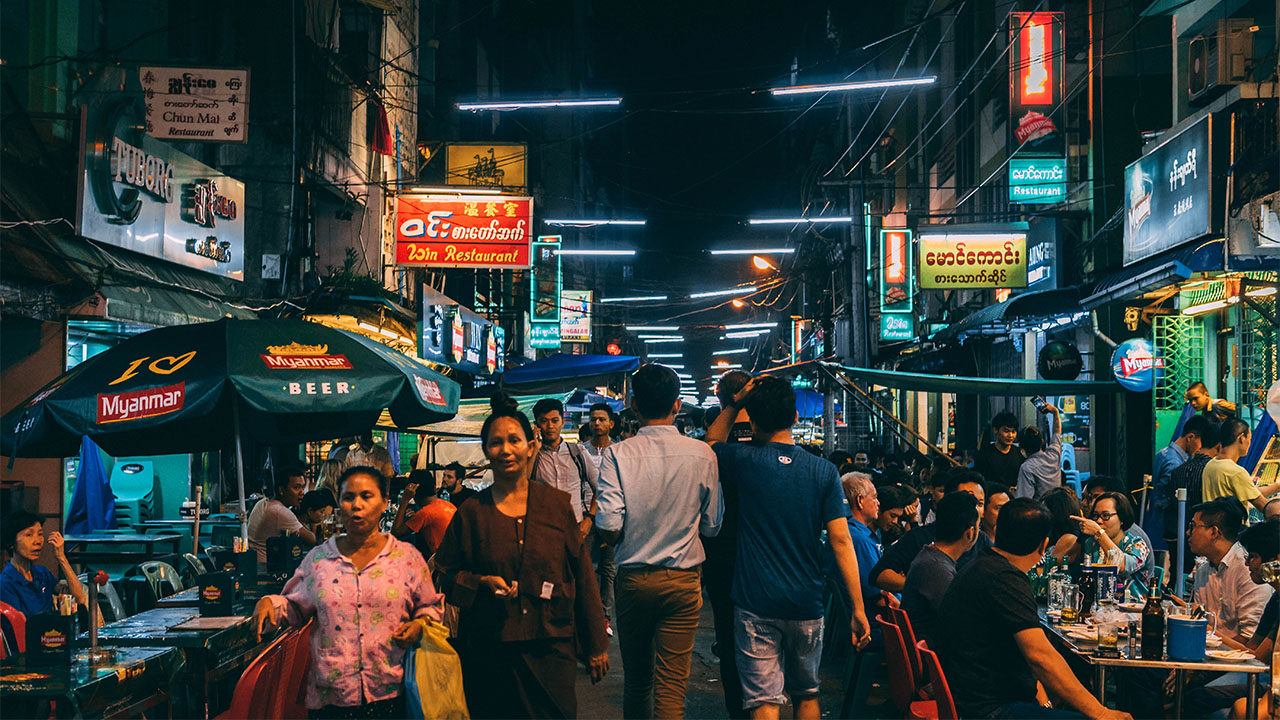 Photo by Harish Shivaraman on Unsplash

Living in the minority

The MFES movement is a lifeline for the few Christian students in Myanmar. It’s not easy living in the minority. “We have hardly any Christian friends at university”, one shares. “When they realise I don’t join in with their religious festivities, they look down on me”, says another. Aside from the feelings of isolation, these students also face practical challenges in finding a place and a time to meet together.

Though the country is becoming more open, there is still a wariness towards students in general, and towards Christian students in particular. Universities in Myanmar were at the centre of the civil unrest throughout the last century. Student protests often ended in bloodshed. For most of the 1990s, universities were completely closed. Military leaders saw university students as a threat to their authority and national stability. Urban universities have since been rebuilt – but outside the city centres where there is no accommodation. So students must travel long distances each day on poorly functioning transport. It takes up a huge amount of time.

On top of that, many students take extra tuition classes outside of university hours with the hope of finding a better job in the future or having the chance to study abroad. There’s little time for meeting with other believers. If it’s not a problem of finding time, it’s a problem of finding a place to meet. Government restrictions mean that MFES groups are not allowed to meet on campus. 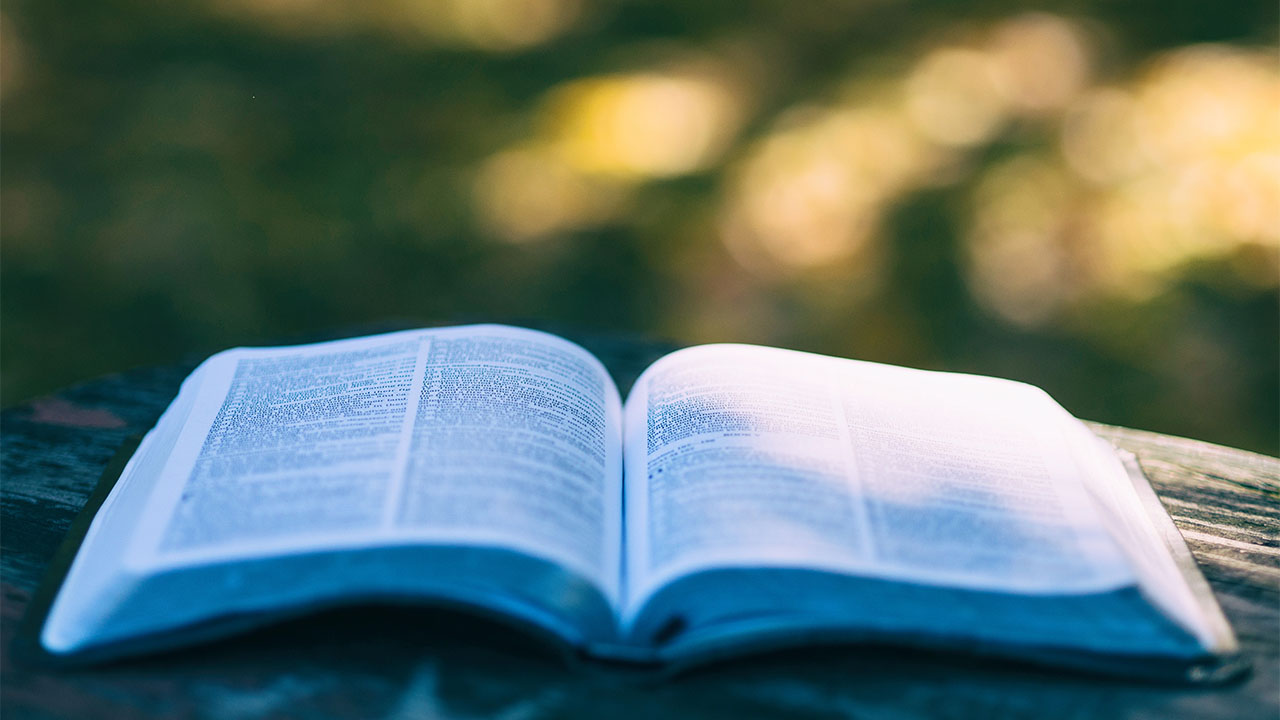 Photo by Aaron Burden on Unsplash

A peace she didn’t have

But despite these challenges, the IFES movement in Myanmar is growing. For a long time, student work seemed impossible. But four years ago, MFES was started and today there are around 120 students involved in the ministry. Each week there are Bible studies (many led by students), prayer meetings, times of discipleship and outreach through language lessons. One student shared:

“We study the gospel carefully so that it might spread. We learn about how to form our own Bible study discussion groups. As we study the Bible in MFES, it is bearing lots of fruit.”

It is exciting to hear of students turning to Christ. But those who do so inevitably face huge challenges.

Maiah* is a third-year student from a Buddhist background. She had noticed a difference in the lives of her Christian friends. They had a peace she didn’t have. That’s why she started to look into the Christian faith. Recently she decided she wanted to follow Christ. Since then she’s been actively involved in an MFES Bible study group on campus. But Maiah hasn’t yet told her family. When they find out they are likely to punish her severely or even force her to leave the family.

Students like Maiah desperately need support and encouragement from other Christians if they are to stand firm and speak gospel hope into their society. They need wisdom to live as Christ’s ambassadors on campus, in a country that has seen unprecedented change over the last decade.

Alongside the monks and monasteries is a new generation – a generation shaped as much by their mobile phones as by the traditional Buddhist culture. This is a nation in a time of rapid transition, coming face to face with a global world.

Myanmar has gone from having very little connection with the global world to full exposure to it. Just five years ago a sim card cost around $200. Today they are just $1.50. More than 90% of the country has access to a phone with internet connection. 60% use Facebook. Though there are obvious benefits to being online, the invasion of the internet has exposed the people to a host of seriously damaging social problems like pornography, social media obsession and discontentment.

Change and continuity in national identity

The internet has influenced the expectations of students. They have much bigger dreams for their lives than they used to. Young people are on the move, from villages to cities in search of better employment opportunities. There is a growing cultural gap between the older and younger generations. Older people in the villages are struggling to know how to help the young people with drug abuse, unhealthy internet habits and unwise relationships.

But one aspect of national identity that has not yet changed significantly is religious adherence. There are certain ethnic groups in Myanmar with higher proportions of Christians – the Karen, the Chin and the Kachin, for example. They make up the vast majority of the 2.5 million Christians in the country. But the predominant people group is the Bamar, numbering around 30 million. They are devout Buddhists. Only 0.1% follow Jesus. For them, ethnicity and religion are inseparable: to be Bamar is to be Buddhist. 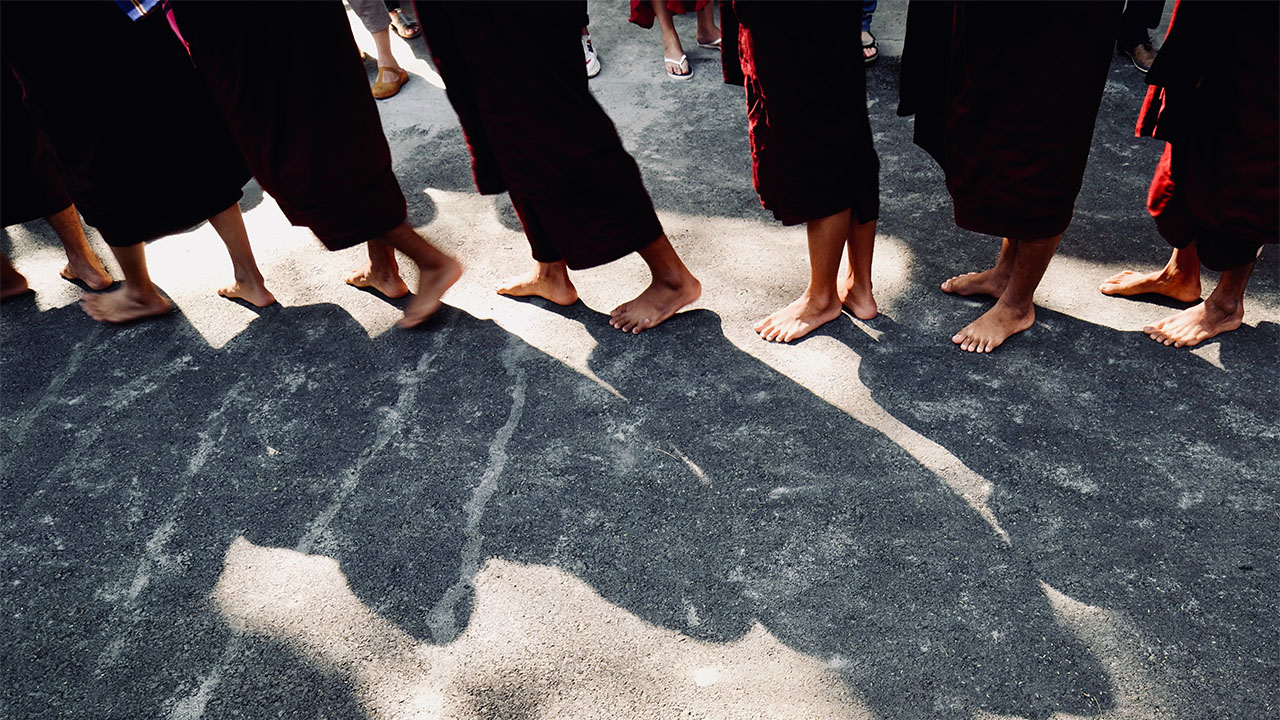 Photo by ray rui on Unsplash

Christian students in Myanmar need to speak into this changing world, holding out a better hope. They need to show that allegiance to Jesus transcends ethnic identity. That new life with Jesus is better than a new life abroad or a higher-paid job. That the internet can be used in a way that honours God and enhances relationships. That bridges between generations and ethnic groups can be built. This is a high calling for a young movement in a sensitive context. One MFES staff worker asked us to pray for them:

Find out more
Share this:
« Previous PostAll Conexión postsNext Post »
IFES websites use cookies to improve your visit and collect anonymous data. By using our websites, you agree to our use of cookies.ContinuePrivacy policy