Evangelism. You only hear the word and your heart-rate rises. You think of a million reasons to just walk away. They’ll think you’re crazy. They won’t be interested. You won’t know the answers. It will be awkward.

In 2011, something happened to change that all-too-familiar experience. UCCF Great Britain launched Uncover – a series of Gospel studies to help students and their friends discover more about Jesus and the life He offers.

Few things have changed students’ attitude to evangelism in such a dramatic way as Uncover. What’s special about the resource is that it has given ordinary students around the world the confidence to open the Bible with their friends and introduce them to Jesus.

Taty and Karol are students in Ecuador. Taty was a Christian; Karol wasn’t. We asked them to share the story of their friendship and Uncover journey.

Taty, how did you hear about Uncover?

I found out about Uncover through CECE, the national movement in Ecuador. It was being recommended as a more personal, interactive, evangelistic resource. It sounded like a great way to help your friends discover Jesus.

Why did you decide to ask Karol to read Uncover with you?

We were waiting for the bus. I heard Karol and another friend talking about faith. They turned to me and asked me what I thought. I talked to them a bit about what I believe and it occurred to me to invite them to look into it with me. I felt a little nervous and afraid that they’d reject my invitation or wouldn’t be interested. But it went better than I’d expected! They were very enthusiastic! 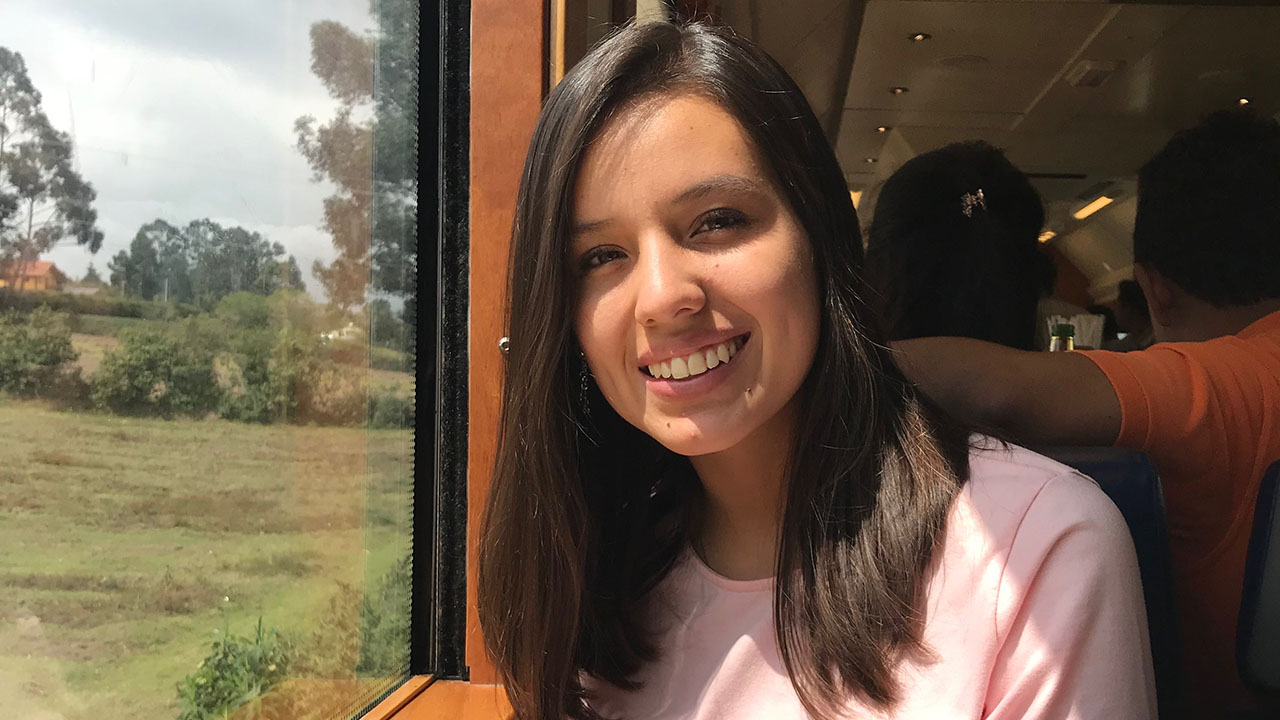 How did you find going through the Uncover studies together?

We had a good time! We went through the questions in Uncover and they came with their own questions as well. Sometimes I didn’t know how to answer, but then we’d go away and find out more and discuss it again the next time. Towards the end of the series, we were talking about salvation and Karol asked me how she could be saved. I explained that it’s a personal decision and suggested Karol use her own words to pray to accept the Lord.

Why would you recommend using Uncover?

Because it’s an excellent and interactive way to present Jesus to someone. And because it invites you to think about faith in a different way, using the Gospels as research texts. This allows people to see that following Jesus is not just a religion.

It was a very beautiful experience because I could accompany others as they discovered Jesus. And in the end one of them made a faith decision! Another of the best things was that through doing the studies we developed a very good and lasting friendship. It fills me with joy to know that God can use you as His instrument when you least expect it – and that is only by His grace. 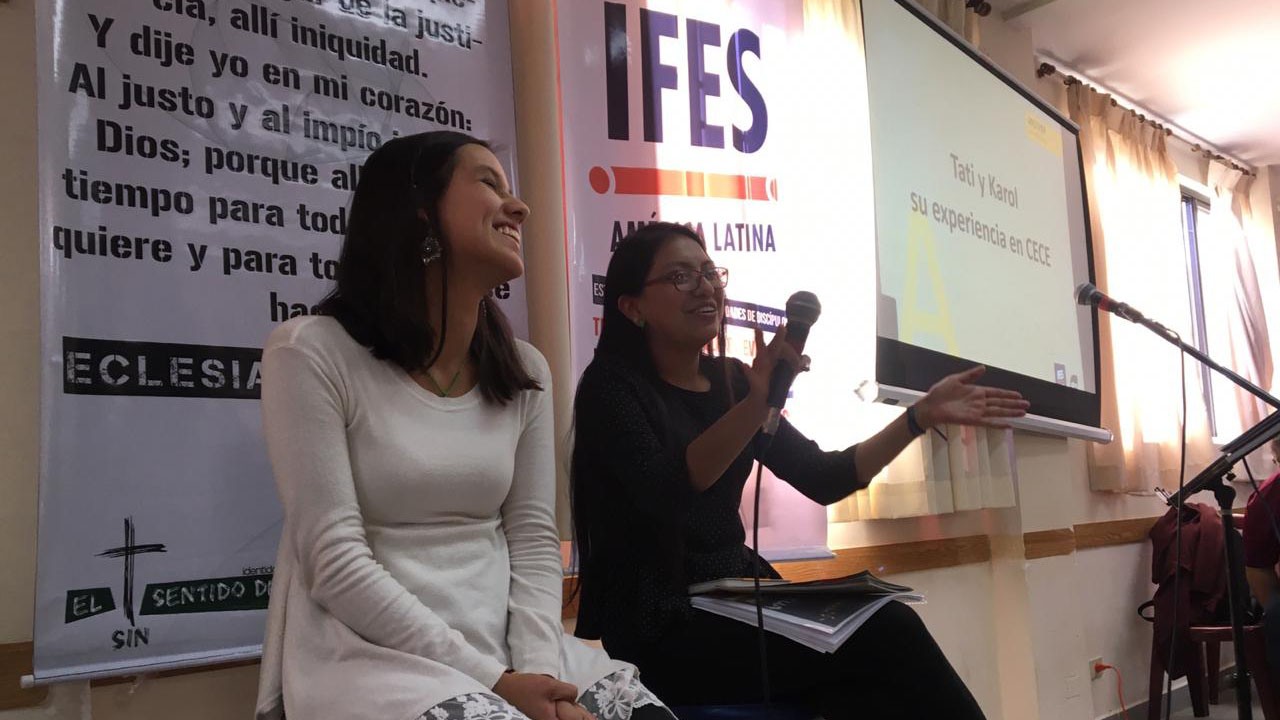 Karol, how did you meet Taty, and what was your impression of her?

I met Taty while I was with a friend. We were talking about faith and some doubts that I had. Taty came up and clarified some of those doubts and then told us about the relationship she had with Jesus. She showed a lot of honesty with us and that was what impressed me. She didn’t know us well, but she opened up and was transparent with us.

What was your impression of the Christian faith before you did Uncover?

From a very young age I was Catholic because my parents were Catholic. I had in my mind a far-away God who punished me for the bad things I do. I didn’t know much about the Bible or Jesus.

Why did you agree to read Uncover with Taty?

Because she managed to transmit confidence and security. She answered my questions, and when she didn’t know the answer she was sincere. She told me to find out or she would ask someone herself. I liked that. She was very honest with me.

How did you find doing Uncover?

Increasingly I wanted to know what was going to happen next or what Jesus was going to do. And each time I admired Him more. I loved seeing that in each context He came in different ways.

What surprised you about the person of Jesus?

That He is a son, a brother and above all a friend. His humility in every step he took. The way He expressed Himself and talked to people and answered with tranquillity. The value He gave to each person and His selfless love for all.

What impacted me the most was seeing that He already knew the need of the paralytic. I never thought that someone could do that. And even now every time I remember that study of the paralytic and his friends I am very happy, because I know Jesus knows what it is I really need.

What was it that made you decide to become a Christian?

How has your life changed since you became a Christian?

My life has changed so much. And as I said on my first birthday of being a Christian, I feel that this year has been one of the best years, one of the years in which I felt calm in my life. Whatever happens, I do not want to be separated from God.

It has also changed the way I speak. I am quite a shy person, but God has been working on that. Thanks to CECE I have had opportunities to talk to people about God, and to put aside my fears. Now I serve in my church with young people. I am excited to know that young people can, like me, know God personally in different and fun ways. I’m praying for my father, who is not a Christian, to know the God of love and not of rules.

I could not have made a better decision in my life than to follow Christ. Every day in every little detail He shows me His love.

The Uncover resource is now being used by many IFES national movements around the world. Translations are available in almost 30 different languages, including Arabic, Chinese, Russian, Portuguese, Indonesian and Hebrew. Uncover Luke was launched in 2011, Uncover John in 2014 and Uncover Mark in 2018.

Talk to your national movement to find out if there are copies available in your language or visit  http://www.uncover.org.uk/ to find out more.