In March 2018, I tried to start a group for international students in the Bulgarian city of Varna… and failed miserably.

BCSU, the IFES movement in Bulgaria, had already started a group for international students in Sofia, the capital. It was going so well that we wanted to expand the work to another city. Varna was the next logical place. It had a large international student population, and there was no other Christian group available for them.

But Varna was an eight-hour train ride across the country from Sofia, where I and most BCSU staff workers lived. The only staff worker in Varna was already tied up with other ministry responsibilities. So we started praying. And we waited for an opportunity.

From bad to worse

Shortly after that, a volunteer offered to come and spend three weeks in Varna, helping to establish the group. An answer to our prayers! We had a venue ready to host us as well, so I travelled to Varna to join the volunteer.

Publicity was the first job. We handed out flyers and talked to hundreds of international students. And then the night of the first event came… and only three students showed up. It was a bad start – but the other nights were even worse. On one evening there were no students there at all! It was very discouraging. We questioned whether God had wanted us to start a group in Varna at all.

Then we got a message from Sarah*. She was one of the three students from the first night. She had enjoyed meeting us and wanted to start going to church. At least we had reached one student! God’s definition of success is different than ours, we thought. Perhaps His plan was for us to help this one student come to faith.

Sarah started getting more involved at the church. She was enjoying what she learned and loved the atmosphere. But Sarah was unable to attend the weekly church Bible studies because she didn’t speak Bulgarian. She asked us if we could help. Using resources from the IFES Breaking New Ground program, and with Sarah’s promise to invite her friends, we decided to try one more time to start something for international students in Varna.

And this time, in October 2018, the students showed up! And they kept coming back. The group started looking at the gospel of John using the Uncover  material. Amazingly, the group grew and flourished as international students kept inviting their friends to explore the person of Jesus.

Today it is the largest student group in the country! The group currently includes both seekers and believers from countries across South Asia, Europe and Africa. Sarah is still on her journey of figuring out what she believes. She continues to be a big advocate for the group and invites her friends to all our events.

And I have learned that God’s vision for reaching students is so much bigger than mine, and that He can use our supposed failures for His glory.

This pioneering work in Bulgaria is being supported by the IFES Breaking New Ground initiative.

Read more stories of international student ministry around the world. 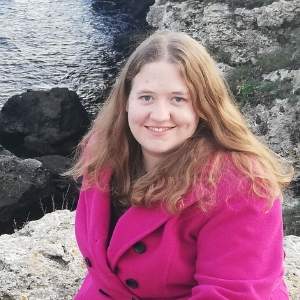 Liz is a staff worker for BCSU Bulgaria. In June 2019 Liz moved to Varna, where she now supports the growing international student ministry.

« Previous PostAll Conexión postsNext Post »
IFES websites use cookies to improve your visit and collect anonymous data. By using our websites, you agree to our use of cookies.ContinuePrivacy policy