When PhD student Tom* first arrived here with his young family, he knew it was dangerous. But now he looks back at that time as the ‘good old days’. He lives in anticipation of hearing the police knock at the door. And yet, even here, God is at work. Tom shared how he has seen God breaking through the darkness in the student world…

It’s surprising the students still want to meet us. At university, they’re given severe warnings repeatedly against having anything to do with religious activities or even attending English clubs. Owning religious literature is a risk. There are airport-like security checks at the campus gates.

We often wonder if we should cancel our meetings with students. We often wonder what we’re doing here. But every time we feel like we’ve reached our limit, God gives us a small encouragement – a glimmer of light breaking through in the darkness. And it’s enough to keep us going for a few more months.

We met student Ryan* not long after we arrived here, eight years ago. He wasn’t interested in discussing spiritual matters at all. But last year, his girlfriend saw a Christian biography on our bookshelf and wanted to read it. She then began to read the Bible and later professed faith. Following her example, R started to read the Bible with one of us in an unwatched spot in a nearby café. He professed faith very recently as well. Seeing his willingness to count the cost has been a real encouragement to us.

Others are wary of reading the Bible but are willing to meet up to discuss a secular book. That’s opened up many opportunities to speak of the gospel.

Among my own PhD peers, it has been a slow and often discouraging journey. Things got off to a good start when the semester started, but then in our third week together, the whole class was warned that I was there to force them to convert to Christianity. For two years after that, my classmates barely spoke to me. But earlier this year, very unexpectedly, one of them opened up to me. She mentioned that she’d been studying the Bible with a Christian for some time. She mentioned that she’d had a dream of Jesus on the cross!

I prayed earnestly that she would have more dreams. So far, she hasn’t. And I remember that God is the script-writer, not me.

With the combination of slow progress in ministry, many uncertainties as well as constant stress, we often ask ourselves whether perhaps God has somewhere else in mind for us. But one message that we heard a few years ago keeps coming to mind: Jonah preached for three days and saw a whole city turning to the Lord. Noah witnessed to the people of his generation throughout the time it took him to build the ark (perhaps 100 years), but only saw seven others from his family join him in the ark. However, it is Noah who is included in the Hebrews 11 “Hall of Fame”. What we need to be conscious of each day is whether we are being faithful to the Lord, not whether our environment looks favourable or our ministry appears to be effective.

Jesus is doing incredible things in the lives of students in our biggest global region. Learn from students and find out how God is calling many to know him in some difficult contexts. 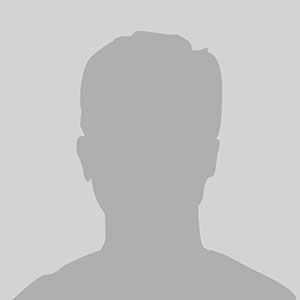 Tom* is a PhD student in a sensitive country in East Asia and is involved in student ministry there.